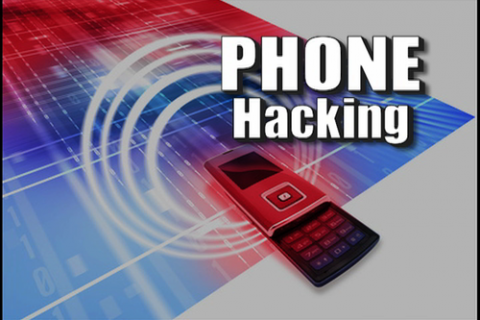 A former computer firm boss who hacked into 900 mobile devices belonging to Aviva employees has been jailed for 18 months after a case at Guilford Crown Court, according to reports.

Richard Neale, 40, of Stoke Road, Guildford, carried out the attack on Aviva’s mobile devices in May 2014 and was, as previously reported by Insurance Age, charged under the Computer Misuse Act by the South East Regional Organised Crime Unit (SEROCU).

Neale worked at IT company Esselar, which ran the security network for Aviva, and according to the Daily Mail, he hacked the mobile devices as revenge after leaving the company following a bitter fall-out.

Loss
According to SEROCU, the attack on Aviva resulted in financial loss for the insurer after hundreds of mobile devices were wiped of data.

He said Neale’s actions had “damaged confidence and reputations in a way that can be far-reaching and serious”.

Revenge
The article noted that Fiona Alexander, for the prosecution, had said: “The aim of the attack was to ridicule Esselar.

“There was a degree of sophisticated planning. The offending persisted over a period of five months. The defendant was motivated by revenge: a serious aggravating feature. There was a grave breach of trust.”

She added: “It wasn’t intended to target just Esselar but also MobileIron and Aviva. Over 900 devices were wiped by the defendant’s actions.”

Overnight issue
An Aviva spokesperson told Insurance Age: “The issue was specific to some of our employees’ mobile devices and no Aviva business or customer data was affected.

“It was an overnight issue and by the start of the next day we had restored the affected devices.”

JMS Secure Data will be launching its new simplified pricing structure which covers more products and services all under one package. Our aim is to give our customers much...

Fine for lawyer who stored client files on home computer

A senior barrister who failed to keep clients’ sensitive personal information secure has been fined £1,000 by the Information Commissioner’s Office (ICO). Information belonging to up to 250 people,...

A county council which left files that included sensitive information about children in a cabinet sent to a second-hand shop has been fined £60,000 by the Information Commissioner’s Office...

Compatible with all computer platforms

Some of our clients

Warning: Invalid argument supplied for foreach() in /homepages/42/d502798052/htdocs/public_html/wp-content/plugins/logo-slider/ls_logoslider.php on line 488

We use cookies to personalise content and ads, to provide social media features and to analysis our traffic. We also share information about your use of our site with our social media, advertising and analytics partners who may combine it with other information that you’ve provided to them or that they’ve collected from your use of their services. You consent to our cookies if you continue to use this website. Please refer to our Privacy Notice for more information…

This website uses cookies to improve your experience while you navigate through the website. Out of these, the cookies that are categorized as necessary are stored on your browser as they are essential for the working of basic functionalities of the website. We also use third-party cookies that help us analyze and understand how you use this website. These cookies will be stored in your browser only with your consent. You also have the option to opt-out of these cookies. But opting out of some of these cookies may affect your browsing experience.
Necessary Always Enabled
Necessary cookies are absolutely essential for the website to function properly. This category only includes cookies that ensures basic functionalities and security features of the website. These cookies do not store any personal information.
Non-necessary
Any cookies that may not be particularly necessary for the website to function and is used specifically to collect user personal data via analytics, ads, other embedded contents are termed as non-necessary cookies. It is mandatory to procure user consent prior to running these cookies on your website.
SAVE & ACCEPT
Paul Namsden

Paul is an information & technology specialist who − as one of the original members of the JMS Secure Data installation team − has played a key part of the company success to date.

An experienced ICT technical support technician/engineer with a proven track record of success supporting the users of up to 600 workstations and in developing ICT networks, infrastructure and systems.

Tina is the latest member to join the JMS Secure Data team and has previously worked in the government & public sectors with a wealth of experience in creating networks from scratch, and upgrading existing networks. Tina also has experience in ICT license management, administrative control of ICT assets including warranties and copyrights, access control, setting up user group policies. Day to day responsibilities include troubleshooting, restoring networks to full functionality, 1st, 2nd and 3rd line support, end user engagement, software and hardware rollouts.

Jason has 5 + years of experience in information & technology specifically data centre environments, cloud computing, data backup protection and encryption. Jason’s experience in these key areas led to him taking up the Head of Technical Operations for the company with a remit to line manage all our technical installation engineers’ day to day responsibilities.

As Head of Technical Operations Jason plays an integral part in the management for on-time deployment in all new backup accounts which includes real time connection with our data centres offering 24/7 support to all client accounts.

Laurelle has 20+ years multi-industry experience (corporate, creative, public and third sector), including management board support in business administration and accounts. Laurelle’s role at JMS Secure Data is the planning, budgeting and supervision of all backup client accounts to ensure they are working in accordance to their service & price plan.

Laurelle has been associated with the JMS Secure Data directors for over 5 years, so has a great understanding of the data protection market and the level of back office support required to ensure our clients remain compliant and kept up to date.

Michelle has over twenty years working in varied roles such as secretarial, administration, event organising, accounting and communication. A high level of experience in client engagement in competitive markets and environments whilst demonstrating award winning performances resulting in company client portfolio growth.

Michelle’s role is to lead the business engagement and marketing activities for the company which involves engagement and communication with regulated sectors or business services who are data controllers to educate them on the GDPR requirements.

Kuhan has 10+ years of experience within IT security development and pentesting analysis. Portfolio includes both UK and international blue chip companies and SMEs. Kuhan also has a background in building bespoke enterprise planning and accounting software for various sectors including financial services, construction and property management.

Kuhan’s role as Director of Technology & Operations is to implement, manage and oversee the deployment of our technical strategy for identifying data security breaches within different sectors. Our aim is to work closely with all business functions including management, to ensure enterprise level infrastructure support and service level agreements are met for data compliant solutions.

Marlon has over 15 years of experience as a business owner in various sectors running large teams and a remarkable in-depth knowledge to support SMEs and business owners with their IT & data security requirements.

Marlon’s experience in the Cloud & Data Security industry and a thorough understanding of the challenges SMEs face to comply with the General Data Protection Regulation (GDPR). This led to the brainchild of the JMS Secure Data ‘All in One’ packages to support SMEs with a ‘one stop’ cost effective technical product to meet GDPR and protect your business data.

Enter your information below